Perhaps even those who know little about America certainly heard of Florida. The State of Florida is located on the east coast of the United States, situation on a large peninsula. Vacations in Florida earned an immense popularity among tourists since late 70s. It seems like everything here is made to ensure that every visitor would want to come back again and again. The territories of South Florida are for the most part occupied by tropical jungle and vast marshes. South of Miami you will find the Evergleyds National Park - a habitat of various species of waterfowl, as well as manatees, alligators, cougars and other animals.   Today we will carry out an analysis of the demographics in South Florida. The analysis will outline the growth, mobility, changes in composition, and increasing spatial integration.   In 2010, the personal income of South Florida residents was $41,844, higher than the State of Florida by $3,634 per capita, and by $1,908 than the national average. 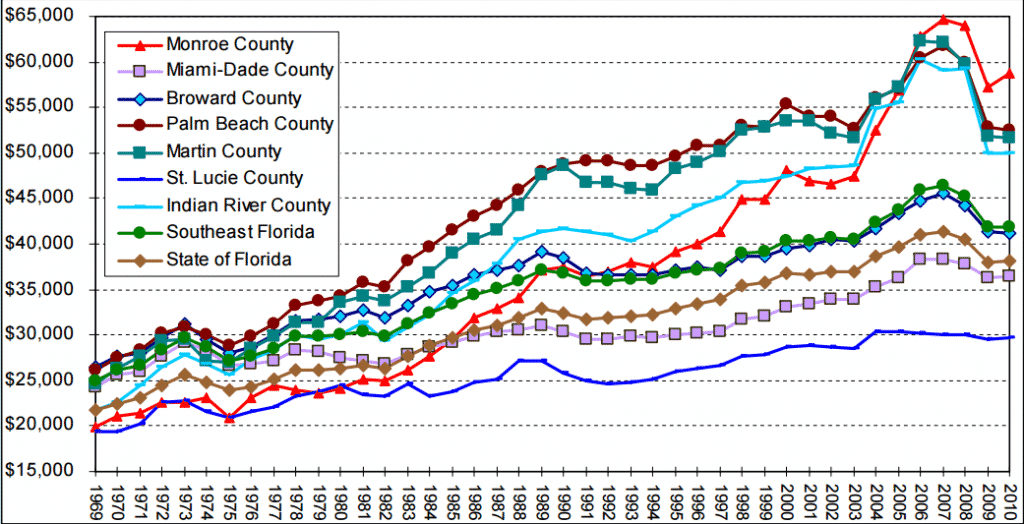 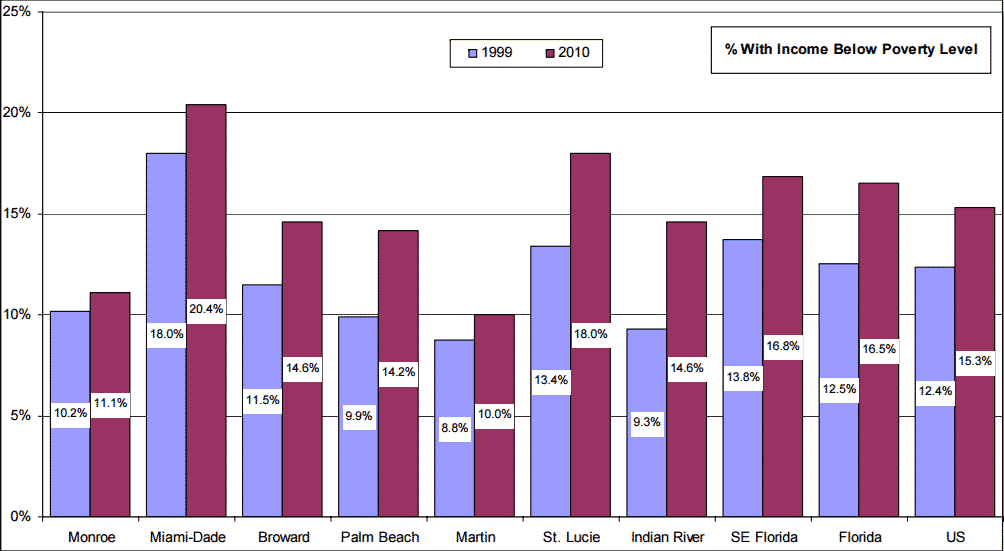 Percent of population below poverty level in 1999 and 2010

Source: US Bureau of the Census, 2000 Census and 2010 American Community Survey.   The chart above represents the percentage of the population in the region that lives below the poverty level, with the average being at 10.4% in the 1999 and at 13.2% in 2010. 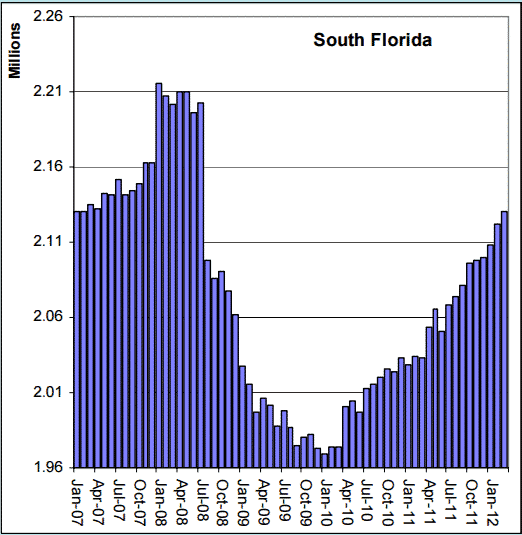 Source: Florida Department of Economic Opportunity   The greatest portion of unemployment was experienced between 2009 and 2010. However, the employment rate between 2010 and  2012 has gradually increased by 3.3%.

South Florida unemployment rate between 2007 and 2012 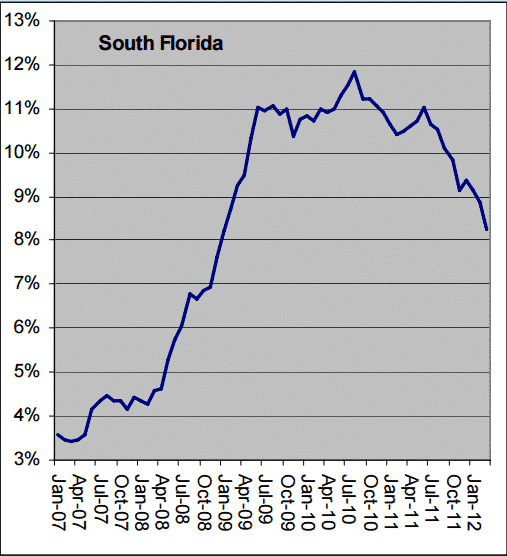 Source: Florida Department of Economic Opportunity   In 2011, the Census Bureau estimated a population of 6.3 million in South Florida, with Miami-Dade being the 7th largest country in the United States. In the past 10 years South Florida added 452,000 residents through natural growth. Only 32.2% of South Florida residents were born in Florida, 33.0% were born elsewhere in the United States, and 34.8% were born outside of the country and immigrated between 2000 and 2010. An astounding 87.2% of foreign residents in South Florida came from Latin America. Factors such as immigration growth, economic recovery, affordability, weather instability and sea level rise, may be the factors affecting the future growth of the region.

source http://detoxofsouthflorida.com/south-florida-regional-demographics/
Posted by Unknown at 13:34